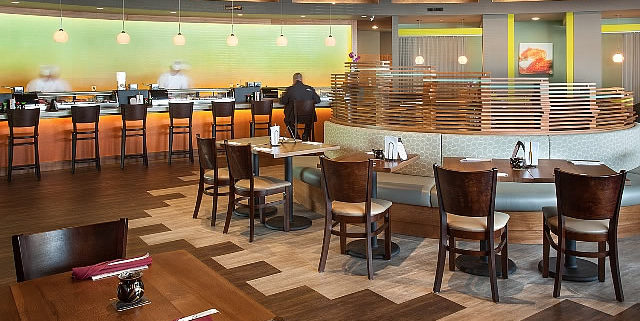 Middleton, WI – Construction on the new Takara Japanese Restaurant in Middleton is complete.  Located at 1900 Cayuga Court, the space underwent a major transformation to change the look and feel from the previous Italian theme to a modern look that reflects the style and culture of the Japanese cuisine.  Along with a new look and feel, the restaurant will feature some new menu items including different appetizers and entree’s as well as more salad’s.

Takara first opened it’s doors in Madison back in 2001 when they opened their State Street location.  They later opened a second location on Whitney Way in 2006.  This new location will be their largest space and the modern look and feel is a bit different than their existing restaurants.  They are very excited about being in Middleton and being able to serve their loyal customers in that area more conveniently.

Takara Middleton officially opened for business with a soft opening on December 15th and plan to announce a Grand Opening soon.